We have lost track of the days. Today is apparently the day after yesterday as far as we know. Somewhere, several days ago we passed through Chattanooga.

If you recall, I had mentioned losing an hour and having no idea where it was but convinced we’d never find it. Well I was wrong. Half way across Kentucky, we suddenly found the hour only to lose it again just outside of Chattanooga. Apparently there is a hole in the Eastern Time Zone somewhat like the Twilight Zone. But we made good use of our found hour. Finding ourselves somehow near Mammoth Cave we took the tour. After all who could pass a National Park? Spoiler alert for my Wisconsin readers, its mammoth but that’s about it. In the Battle of the Caves, I’ll take Cave of the Mounds over Mammoth any day.

We eventually took Chattanooga by storm, ironically seeing all the major attractions EXCEPT the Chattanooga Choo Choo. I will mention our top four. We perused the Aquarium, expensive but truly one of the finest I have ever seen. We endured the Incline Railroad to the top of Lookout Mountain, literally an almost straight up the side in a trolley car ride to the top. Again, pricey but the ride and the view are worth it. Next up, Ruby Falls, a long walk through an interesting cave complete with all the features but surprisingly ending in a spectacular waterfall. This waterfall is 1150 feet beneath Lookout Mountain and drops 145 feet from it’s crest to its pool all inside the cave! 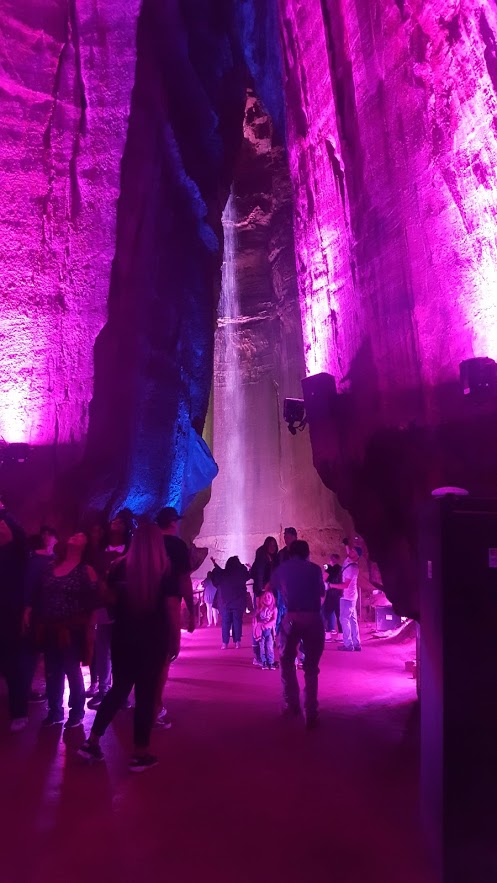 We ended our siege of this fine city with a visit to Chickamauga Battlefield. This Civil War battlefield is as amazing as it is moving. The suffering is played out in the monuments to both sides as they held their ground only to eventually “retire” to another position and yield the bloody ground they fought and in many cases, died to hold. The war was really the last face to face style of battle and is simply hard to fathom. A word about monuments as we fight to have them removed or kept. The monument is just a marker for us to remember our history no matter what side of it we were on at that time. It is only when we use it as a symbol to continue the fight that it becomes obtrusive and then needs to be removed. The Civil War should have taught us all how precious life is, all lives, and that we must stand together as one nation willing to defend those rights.

We eventually reached our next destination just north of Atlanta two days ago. We had met this couple, well stalked this couple, on our river cruise last year. During the course of the week we had formed a friendship that ended with the old classic line, “If you are ever in…” Well we were, and we were hopeful that they meant it. We had warned them before we left home and when we arrived at their doorstep we were welcomed with open arms and genuine Southern Hospitality. Within a matter of minutes, the time and distance fell away and we picked up the conversation right where it had left off a year ago. Polly and Stu are phenomenal and truly genuine people and we will find it difficult to leave when the time eventually arrives. 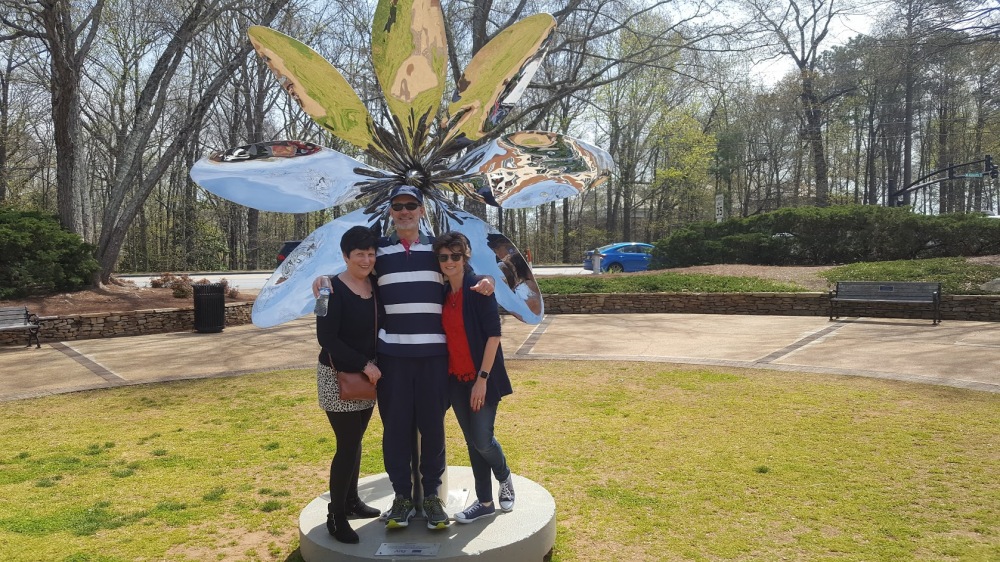 When we left Wisconsin we vowed not to return until it cleaned up its act, namely got rid of the snow and somehow got the temperature back over 55. This morning we are having coffee on our host’s deck, looking out at the 15th hole of the golf course they live on and soaking in sunshine and yes wait for it, 74 degrees. How’s it coming there Wisconsin?