This statement is still true today and will always ring true as long as we respect what freedom truly means.

Happy birthday USA.  You are 241 years old today and you don’t look a day over 200.  A little gray around the edges but that’s just because we haven’t been doing our best lately to keep you beautiful.  Some would say we need to make you great again but I for one don’t think you ever weren’t great.  You are the most recognized country in the world and a leader in every aspect.  You are a trend setter when it comes to the definition of Democracy and an example for any emerging country that would care enough about it’s populace to protect their freedoms. 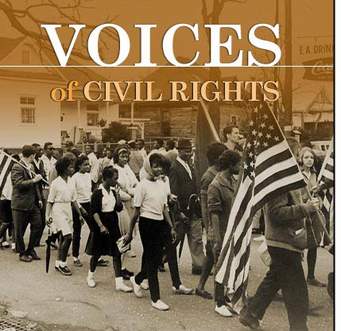 None of this came without a cost.  You have had your share of conflicts to resolve and growing pains when you learned to stretch the definitions of personal freedom.  Through it all, you have kept your poise.  Your fifty children have followed your example and each…

Source: The Slow Walk..or the only way to appreciate Madison

If you have ever lost anything you will understand the irony of how lost things have a way of being found.  I recently, very recently, lost my wedding band.  Now as far as things you don’t want to lose go, a wedding ring is right up at the top.  Just the symbolism tends to drive your spouse to the edge.  I must say though that my wife reacted in a pretty understanding way.  She reminded me it was just a thing and she wasn’t going to get angry.  Even so, she had torn the house apart before I even returned home from work.  I meanwhile had searched every area of the office I was sure I had been in and even emailed the staff to organize a treasure hunt.  Three days later, no luck at all, and I am convincing myself the ring will never be found.

And then came Friday.  This is where the story begins.  I was finishing a client appointment and somewhere in the discussion, I had mentioned the lost ring.  My client looks at me and says, “I think this is your day to be lucky.  You are going to find the ring today.”  Now I was sure that wasn’t about to happen but still.  As I drove into my driveway that afternoon, I found myself stopping outside of the garage.  I wanted to drive my car in and planned on using my wife’s car later when we were to go out, but something told me to leave it there and switch the plan.  As I walked into the garage heading for the garage door opener, a cloud rolled by the sun and a beam of sunlight floated into the garage.  And then it happened.  A glint of light reflected up from the sawhorses stacked there in the corner.  I stopped, stepped back, and saw sunlight bouncing back at me.  I couldn’t see what it was, only the reflection.  As I reached down to the slot at the bottom of the sawhorse and placed my finger in to the groove, I felt the loop slip onto the end of my finger and there it was, my missing ring.

The irony here is the circumstances that had to align.  If I had put the car in the garage, if the cloud hadn’t rolled away from the sun, it the beam hadn’t been just at the right angle, if I hadn’t been just where I was.  I’m sure you get the picture.  Some things just want to be found and this wedding ring was one of those things.  The symbolism is not lost on me.  I love my wife and I love my life.  The ring is a symbolism of that unity.  Maybe its absence was meant to remind me of its importance.  Duly noted.

It wasn’t until later that evening that my wife eventually noticed the unification of the ring with my finger, and that is another story, but the expression of relief on her face spoke volumes.  It wasn’t just another thing one loses and forgets.  It was clearly so much more.  Guess I better be careful to make sure it stays on my finger.

Thanks for reading, and in case you’ve lost anything lately, take heart.  If it wants to be found it will find away to find you.  I guarantee it.

When we set about teaching our daughters independence while at the same time keeping our relative sanity, we decided to give them options.  Now please understand, we were at least smart about it.  We would creatively come up with three options knowing full well that we couldn’t lose.  No matter which they picked, we could easily live with the choice.  Now all these years later we can see that it worked.  My daughter Bailey and her husband John, are practicing the same technique with our grandson Jackson.  Here in lies the story.

The other day, while visiting their house, John and I were attempting to watch the Packer game.  I say attempting because Jackson had decided to not watch the game and instead to get us involved in his own game.

Scene one, Jackson enters the room and asks in his 2 1/2 year old style, “can Jackson play tablet?”  After an explanation by his dad that he had already had plenty of tablet time, Jackson comes back with “then Jackson reads daddy’s favorite book?”  Strike two as John explains that he is trying to watch the game and he will read the book later.  Wait for it, Jackson is ready to prove the lesson and win the game.  Without so much as a deep sigh, Jackson reaches over dad’s lap and as he grabs it, says “then Jackson gets the nuk”.  Point, set, match, you’ve all been had by your own game.  And he’s not even 3.

As I explained to John that we had just been schooled, it became clear to me that Jackson is one sharp little guy.  Of course I am his Opa  and couldn’t possibly think anything less.  But then he did figure out the game; give them three choices, all of which are wins and you can’t lose.

So a little advice for those who will be the influences in their grandchild’s life, remind them of this wisdom and urge them to always give themselves options.  Options that can’t lose and that will only lead to success.